Captain of the Warriors 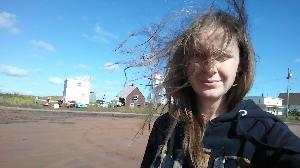 Hey y'all. This my fourth year participating in One Brave Night. Let me tell you a little bit about why I do it.

I have always had a fascination with the human mind and psychology, since at least 9th grade although that was probably only when I was able to articulate my interest. I think that most people with this particular fascination are driven by a desire to understand their own mind - I know I am. I strive to know more about my brain as a way to control it, or at least to participate in the journey rather than just going along for the ride.

You don't have to have a degree in psychology to know that the mind is a complex system with very high ups and very low lows. You don't have to have a deep interest in psychological studies to know that it is important to care for and nurture your mental state. I do this to bring awareness to that fact and to help my community understand that mental health is part of your overall physical health.

Mental health and mental illness are not two sides of the same coin. To me, mental health refers to your overall state of health, much like your general physical condition. Mental illness just is a PART of the overall mental health of some of us (1 in 4 of us, to be exact). Just as you can be a generally healthy person with the flu, you can be a mentally healthy person suffering from anxiety. And just as with physical illness, mental illness has a range of severity. You can catch a common cold, or you can catch pneumonia. You can have mild anxiety that makes it difficult to handle stress, or you have severe anxiety that requires medications, treatment and can interrupt basic lifestyle needs such as going to work or caring for your family.

There are two major things regarding mental health that I think everyone should be aware of.

First, someone missing work because they have been hospitalized with pneumonia is socially acceptable and that person will likely receive support and well wishes. But someone missing work because they had an anxiety attack so severe that they couldn't leave the house, they thought they were having a heart attack, or they keep having to run to the washroom with a severely upset stomach - well that is simply not understood in many companies. That person is likely to be viewed as weak or lazy and is often avoided by coworkers rather than supported because their coworkers aren't comfortable with what they don't understand.

Second, treatment for mental illnesses - just like physical illness - has a much higher success rate when the illness is treated EARLY ON. But the same stigma, or lack of understanding, that causes coworkers discomfort also causes those of us that are suffering to be afraid to speak up. They feel weak and fear being misunderstood, so they try to fight the battle on our own which means that the problem often gets much worse before it gets the treatment it needs. If it receives treatment at all.

These are the reasons that I think conversations about mental health, including mental illness, are important to have. If it becomes normal to hear about it, it will become normal to talk about it. And One Brave Night gave me the motivation and mediums to keep these conversations going with a powerful backing of people that work tirelessly to support strong mental health in a community that lifts each other up.

So that's why I keep doing it!

Join my team if you want. Donate to CAMH if you can. And most importantly, keep the conversation going.