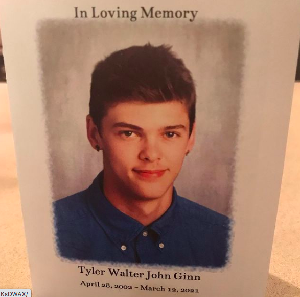 In March of this year, a friend of ours lost his younger brother to drug use. He's since posted a message to his brother saying, "I promise I will change the world for you, Ty. You'll be saving lives as long as I'm living". We want to show him he's following through on his promise.
Anything helps! Thank you.
View More
View More
Donate Now
Join Team
Team Roster
Raised