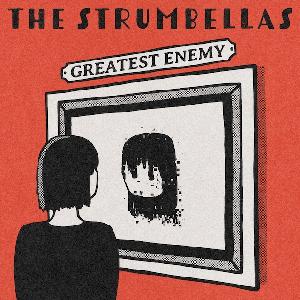 Canadian band, The Strumbellas, have just released their new song, Greatest Enemy. Greatest Enemy is a song about how sometimes the greatest struggle is the one you have with yourself. Making and living with this song made the band think about everyone out there is fighting their own battles and how they could help.
The single is the first release since their fourth studio album, Rattlesnake, in 2019. Amidst a slew of tour dates and festival performances all over the globe, lead singer Simon Ward realized that the depression he had been dealing with for the past 15 years was no longer something he could deal with on his own. Ward was hospitalized and placed under doctor supervision. The group collectively decided to cancel its highly anticipated Canadian tour in early 2020, intent on giving its frontman the time and space to heal. We’ve all had some extra time with ourselves this year, leaving few distractions from our own demons.
With the group on hiatus through 2020, Ward spent his time focused on his mental health and finally felt the spark to create music with his bandmates, intent on weaving his personal issues into the band’s music and message. This past November, the band reconnected in person for the first time in almost a year to record their new single, Greatest Enemy,
The band is working with CAMH to raise money to support their programs and research. CAMH is located in Canada but their research into addiction and mental health helps people all over the world. Please donate if you can.
Here's CAMH in their own words:
Did you know that 1 in 5 Canadians experience mental illness in any given year? And that 4,000 Canadians die by suicide every year—almost 11 people per day?
And yet many don't realize that, in its most severe forms, mental illness can be fatal.
With your support, we can change how the world sees and treats mental illness. We can break down stigma and lead important conversations about suicide prevention. We can give people time to get the help they need; families time to heal; and researchers and clinicians time to make breakthroughs and offer new treatment options.
Please donate today and help us reach our fundraising goal.
Together, we can give people hope for a better tomorrow.
View More
Donate Now
Achievements

Personal Gift
Has made a donation to this event
Personal Progress:
of Goal
$2,449 Raised
$5,000.00
Fundraising Honor Roll
Move for Mental Health
$504
Kyle Huebsch in memory of
$500
Mr. David Ritter
Pat Leyland
Anonymous
$200
Sarah
$100
Miku
$100
Joe loves the Strumbellas <3
$100
Caitlin and Ricky Meloy
Ellen G
Shannon Polito
$50
Denis Grignon & Nancy Payne
$50
William Craddock
Anna Hopkins
$50
Amy Bigelow
Emma Sherwood
Mr. Andrew McKay
$20
Francesca
$20
You be You
1145
The Strumbellas X CAMH
The Strumbellas are a band from Canada. We have a song out called Greatest Enemy about the struggles you have with yourself. Making this song made us think about everyone out their fighting their own battle and how we could help by working with CAMH
02/18/2021